Nairobi governor, Johnson Arthur Sakaja, has made his first major move against the Nairobi Metropolitan Services (NMS), three days after being sworn in.

Also key among the roles Governor Sakaja has asked NMS Director General, Mohammed Badi, to handover is the information data and systems for revenue collection. 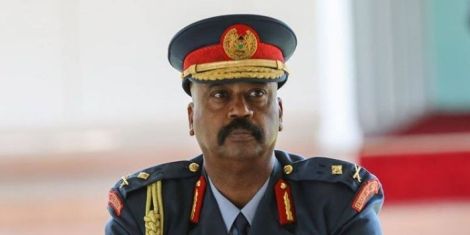 The significant record in revenue collection was attributable to the NRS which was devised to integrate customer registration and account creation, payment for parking fees, market cess, applications and renewals of trade licences, as well as applications for food handlers certificate for both individual and non-individual.

Besides taking away the revenue collection role from the NMS, the governor also promised to settle impending salary of over 13,000 county workers with a pledge that starting next month, every employee shall receive their dues by 30th of every month.

“To me, you come first and those other people like suppliers and contractors follow. So, please let us work together to give Nairobi people good service and their reciprocation through paying taxes will enable me to pay you on time. This is my order number one,” Sakaja stated.

This forms part of executive orders the county boss issued, including the release of all impounded motorcycles belonging to boda boda riders within the county.

The county government of Nairobi functions had been channeled to NMS under the watch of the national government after a deed of transfer that was initiated by the ousted governor, Mike Sonko, on February 20, 2020 at State House, Nairobi.

In his victory speech, Sakaja stated that NMS functions would be reversed to the county government once he is sworn-in .

“I would also like to thank the outgoing NMS led by Gen. Badi, I thank them for the work they have done for this city. I want to affirm that from the day we are sworn in, all the four functions they took over shall revert to the county government immediately,” Sakaja added. 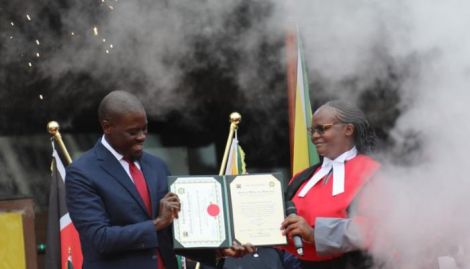 Nairobi County Governor Johnson Sakaja holding his oath of office official document together with a judge at KICC on August 24, 2022