Dissolution of the despicable love between Kenyan rapper Notiflow and her ex King Alami was imminent after the two were unable to settle their predicaments despite numerous attempts of forgiveness. They have been on and off for a while, and it seems to be end of the road for both.

From Natalie Kutoto’s (Notiflow) end, King Alami was cheating severally, and she could no longer tolerate the shenanigans after a while. They were so deeply in love that Alami had tats of Notiflow on her body. But all the efforts of wooing her into staying in the relationship have ended in a cul de sac. This is because Noti has already moved on and found a replacement. 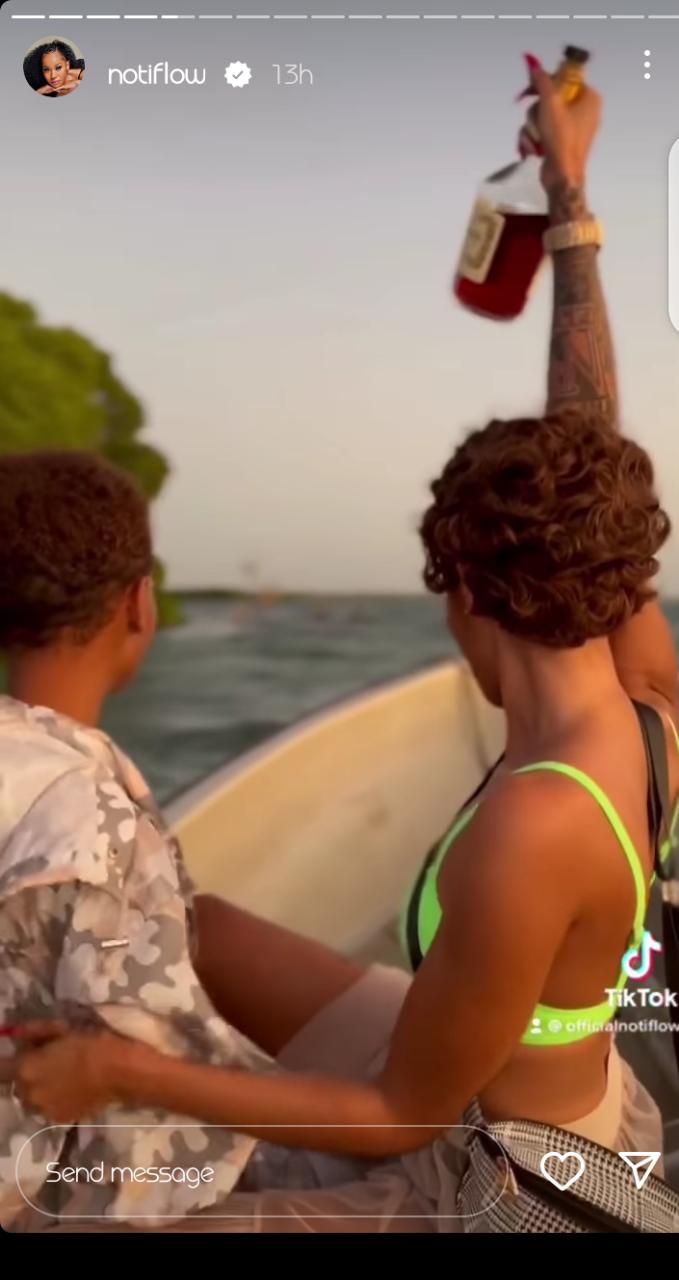 The rapper has flaunted her new lover via Instagram stories, where she shared short snippets of them on ‘baecation’ at the Coast. The new chick has a similar appearance with Alami, especially the color complexion. Notiflow only shared a sneak peak of her that did not show her face. But she confessed how beautiful the new catch is.

Fans greatly admired her conspicuous baby hair and from the look of things, she might be the perfect replacement for King Alami. Notiflow shared a screenshot of their chats on how they met. Check it below; 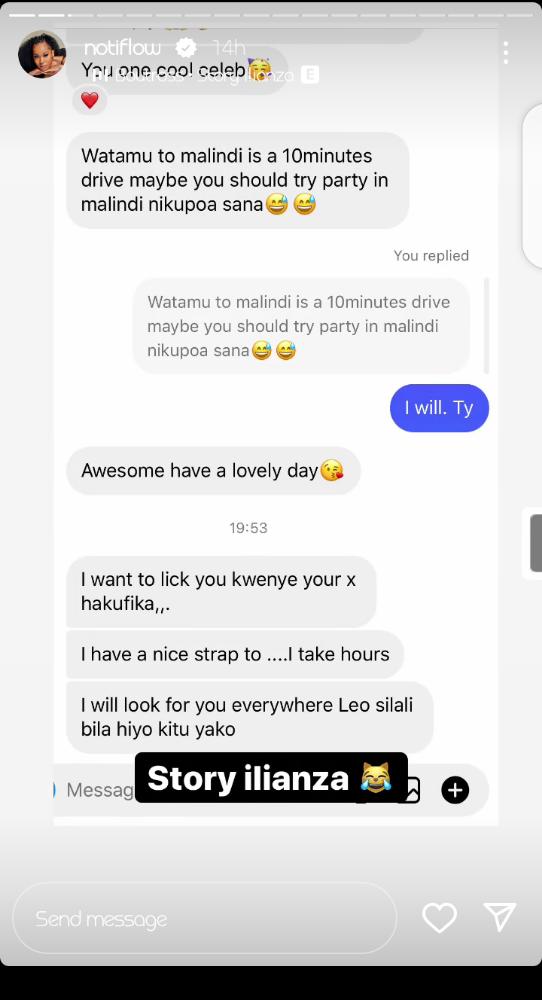