The National Security Advisory Council (NSAC) has hit headlines for the past three days over the Independent Electoral and Boundaries Commission (IEBC) commissioners’ allegation that it tried to interfere with the August 9 presidential election results.

Little-known to many, NSAC is the most powerful security organ in Kenya recognised by the Constitution. With this, questions have been raised on the composition of its membership and their roles.

The council constitutes powerful government officials who make critical decisions on the safety of close to 50 million Kenyans. 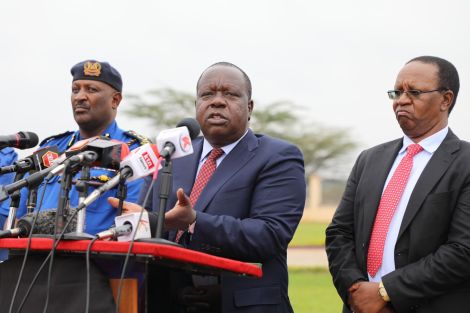 The seven-membered body is tasked with exercising superior control over national security and it performs functions prescribed in national legislation.

Every once in a year, according to Article 240 (7), the Council tables its report before the National Assembly on the state of the security in the country.

Its functions goes as far as deploying national forces outside Kenya for regional or international peace support operations, not to mention approving the deployment of foreign forces in Kenya through which the National Assembly must first approve.

They also assess and appraise the objectives, commitments and risks to the country in respect of actual and potential national security capabilities.

Even though NSAC members can be sued separately as individuals, save for the President, it will be remembered in history that in August 2022, two IEBC commissioners were the first Kenyans to embroil the Council in a court of law.

NSAC filed its response on allegation by commissioners Abdi Guliye and Boya Molu that part of its members led by Kennedy Kihara – Principal Administrative Secretary at the Office of the President, Kennedy Ogeto (Solicitor General), Inspector General of Police Hillary Mutyambai and Lieutenant General Francis Omondi Ogolla (Vice Chief of Defence Forces) stormed his office at the National Tallying Centre, Bomas of Kenya on August 15 in a bid to overturn the election win of president-elect, William Ruto.

“It is our humble submission that the said allegations as set out in the impugned Replying – 10 Affidavits are unfounded and a total misrepresentation of the events of August 15, 2022. In order that the Honourable Court is in good stead to determine the real issues in controversy and to do justice to this case, it is imperative that the misconceptions sought to be created in the impugned Replying Affidavits are corrected,” read part of the affidavit.

Head of Public Service and Secretary to the Cabinet Joseph Kinyua addresses a media briefing at Harambee House on the status of security in October 2020.