An official of the Independent Electoral and Boundaries Commission (IEBC) claims he has been abandoned by the Wafula Chebukati-led commission after he was shot while at work.

Speaking to the press on Sunday, August 21, Mohammed Kanyare, who was the presiding officer at the Towheed polling centre in Eldas Constituency, Wajir county, noted that he was shot at close range leading to the amputation of his leg.

Since the Wednesday, August 10 incident, Kanyare, or any of his family members, is still yet to receive any communication from the commission.

“I have not heard from the commission that I was working for since they left me unattended to. Even a ‘sorry’ from them would have been better. 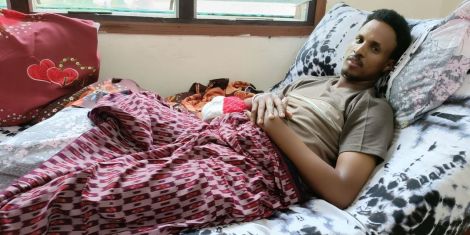 On the fateful day, Kanyare noted that he was preparing to deliver Forms 34A to the returning officer when individuals claiming to be police officers stormed the venue.

First, the gunshots were heard forcing everyone to scamper for safety before the armed individuals stormed the station.

“There were gunshots that were heard. I don’t know whether it was within or outside the compound. Everybody ran to the available rooms.

“I went back to the tallying center to queue again and that was when some officers came in, ordered lights to be switched off and everybody to lie down,” he stated.

He, and others, complied with the directive but he now believes that the attack was directed towards him.

An unidentified ‘officer’ approached him, shot him in the leg with no explanation and left him crying for help on the floor.

Upon arrival to the hospital, the doctor’s informed him that he his leg was badly damaged and the only solution would be to amputate him.

“Since it was near the podium where the electoral officials were sitting, I took few steps back and laid down. An officer came from nowhere, shot at me and left me crying for help.

“Why they chose me, I don’t now… It was a targeted incident and I want justice for what happened to me,” he added.

This compounds to the injustices carried out on officials that were contracted by the IEBC to carry out the General Election that kicked off on August 9. 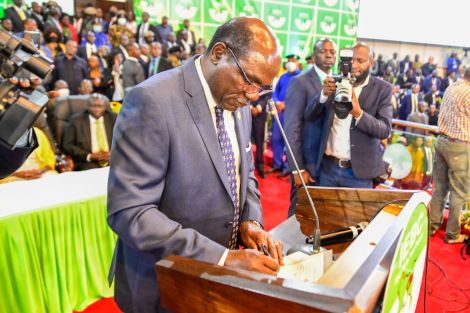