The Kyallos are making it big in their reality show that reveals in black & white how they live alongside each other every single day. The media personality and thriving entrepreneur Betty and her bold sisters, Mercy and Gloria, give us a glimpse into the joys and challenges of love, business, family and womanhood in their show dubbed Kyallo Kulture, including their love life.

This time, Betty Kyallo’s sister Mercy Kyallo is in love once again, and she’s letting the whole world know about it. Just like Betty, Mercy Kyallo is not doing well with partners. Well, both sisters have had it rough when it comes to relationships, and they can’t get the right person every time they try. On the positive, they’re suckers for love and always tend to give it a 2nd chance despite failing over and over.

Recently, Betty had divulged in an interview that her sister Mercy was desperate and cited that she was single and lonely.

”This series (Kyallo Kulture) is very rich, because we are very real. People think that I’m the only one with problems, people know her (Mercy) as a businesswoman who doesn’t have scandal, but wait and see.”

Betty continued to state that Mercy was previously dating a Maasai, but they separated;

That being said, Mercy recently flaunted her new catch via her Instagram stories, where they shared a cosy kiss together while she was hanging out with her sisters and friends. Mercy Kyallo’s new catch is yet to be identified, Check their photo below; 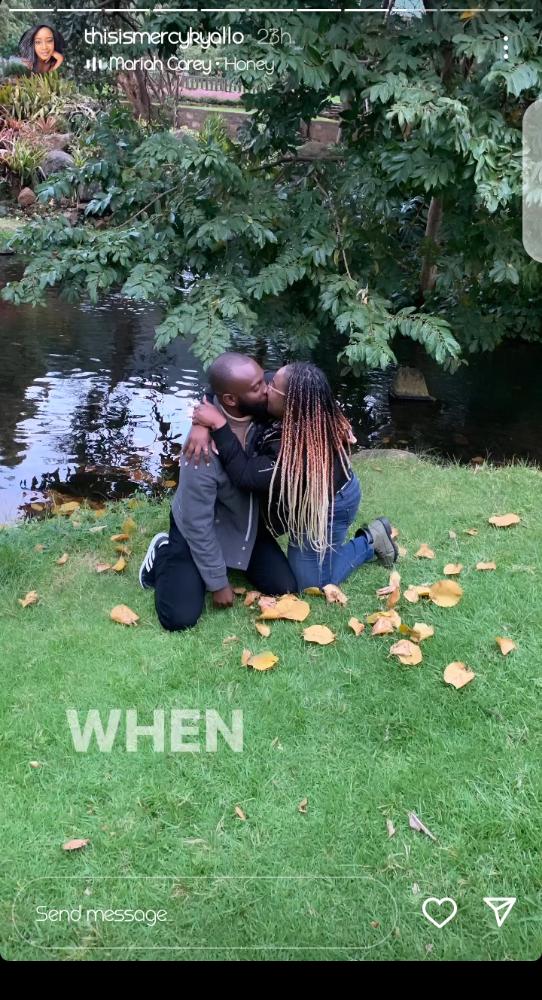