Another election, another apparent miss by opinion polls. Prior to the August 9 general election, majority of pollsters showed consistency from their results that the former Prime Minister, Raila Odinga would win the presidency.

A few days to the August polls, Infotrak released its survey indicating that Odinga would win the election in the first round with 52 per cent of the votes cast against his main competitor  Ruto who was placed at 45 percent.

Speaking on Sunday, August 21 on the State of the Race on Citizen TV, Infotrak CEO Angela Ambitho explained why a majority of polls showed Raila was leading consistently. 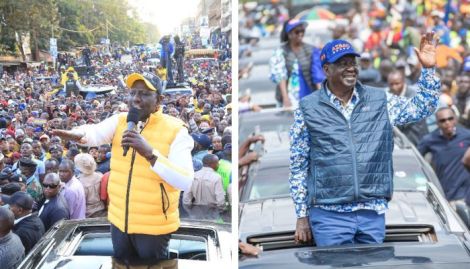 “Raila was leading because of the science they were using in terms of sampling and the questions asked were such that unless you were doing something ordinary, the results were the same within the same margin of error, that’s why the pollsters were almost the same,”

Further, the pollster had predicted Odinga to win more votes in more than 24 counties while Ruto in 19 counties.

On the other hand, TIFA had  showed that Odinga was still the most preferred candidate and projected his presidency with a 53 percent win Ruto came in second at 45 percent.

However, this was not the case on August 15 at 5 pm when the Independent Electoral and Boundaries Commission (IEBC) chairperson, Wafula Wanyonyi Chebukati declared Ruto as the President-elect with 50.49 percent against Odinga with 48.85 percent.

After failing to predict correctly, the pollsters have been forced to defend their polls after backlash from Kenyans.

However, Ambitho stood her ground, attributing the figures to the method they were using during sampling and the questions they were asking.

“Polling is a science that follows certain dictates which are not different for some, the science they were using in terms of sampling and the questions asked, results were more or less than the same within a margin of error,” Ambitho noted.

Ambitho also noted that the pollsters that showed Odinga was leading were driven by various contrasts such as the convention method the pollster used to source data.

Additionally,  Kenya Kwanza coalition leaders had alleged that the Azimio leader was being favored in opinion polls to sway the masses.

Ruto’s allies repeatedly claimed that the favourable polls were part of a larger scheme by Odinga to reject the presidential results. 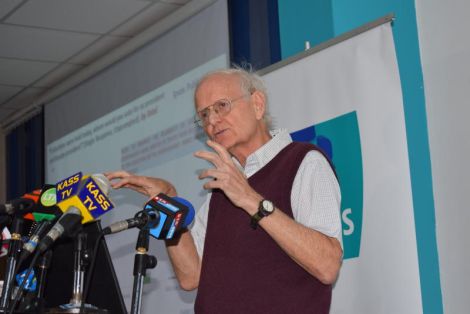 TIFA Research Analyst Tom Wolf at a past press conference.