The Supreme Court on Monday, August 29, announced the time and venue for the pre-trial conference for the presidential election petition.

In a notice issued by Supreme Court Registrar, Letizia Wachira, the Judiciary noted that the conference would begin at 11am on Tuesday, August 30, at the Milimani Law Courts Ceremonial Hall.

Kenyans.co.ke looks at what will happen during the pre-trail conference. 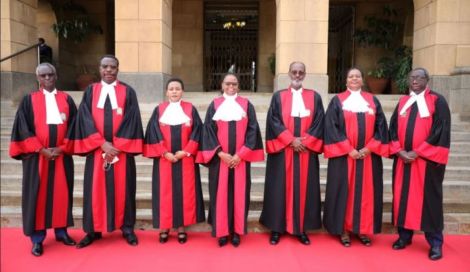 Lady Justice Martha Koome (center) and the other members of the Supreme Court bench.

The seven-Judge bench led by Chief Justice Martha Karambu Koome will call upon the litigants of the nine petitioners to establish issues that they agree upon and those that are disputed.

Based on this, the court frames the issues and the Judges make a decision on whether or not it will consolidate the nine petitions.

The Apex Court will then issues directions to ensure parties comply with pre-trial conferences. This includes deciding on the number of advocates it will allow on behalf of each party.

In addition, the bench may approve or reject inquests by the interested parties to be enjoined in the case as amicus curiae and if allowed, the extent of contributions they will be allowed to make.

CJ Koome will then allocate time to each party to address the court during the hearing, and give directions on where the legal teams representing the petitioners and respondents will be seated.

If need arises, the Judges may issue orders with respect to ensuring fair determination of the petition.

Eight petitions were filed at the Apex Court challenging the declaration of Deputy President, William Ruto, as the president-elect by Independent Electoral and Boundaries Commission (IEBC) Chairman, Wafula Chebukati.

According to constitutional guidelines, the Supreme Court is expected to give a ruling on or before Monday, September 5, 2022. 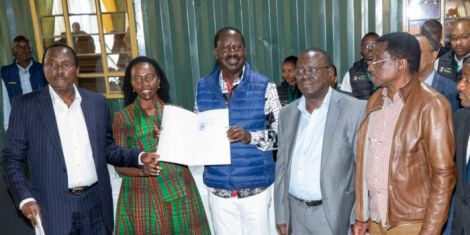